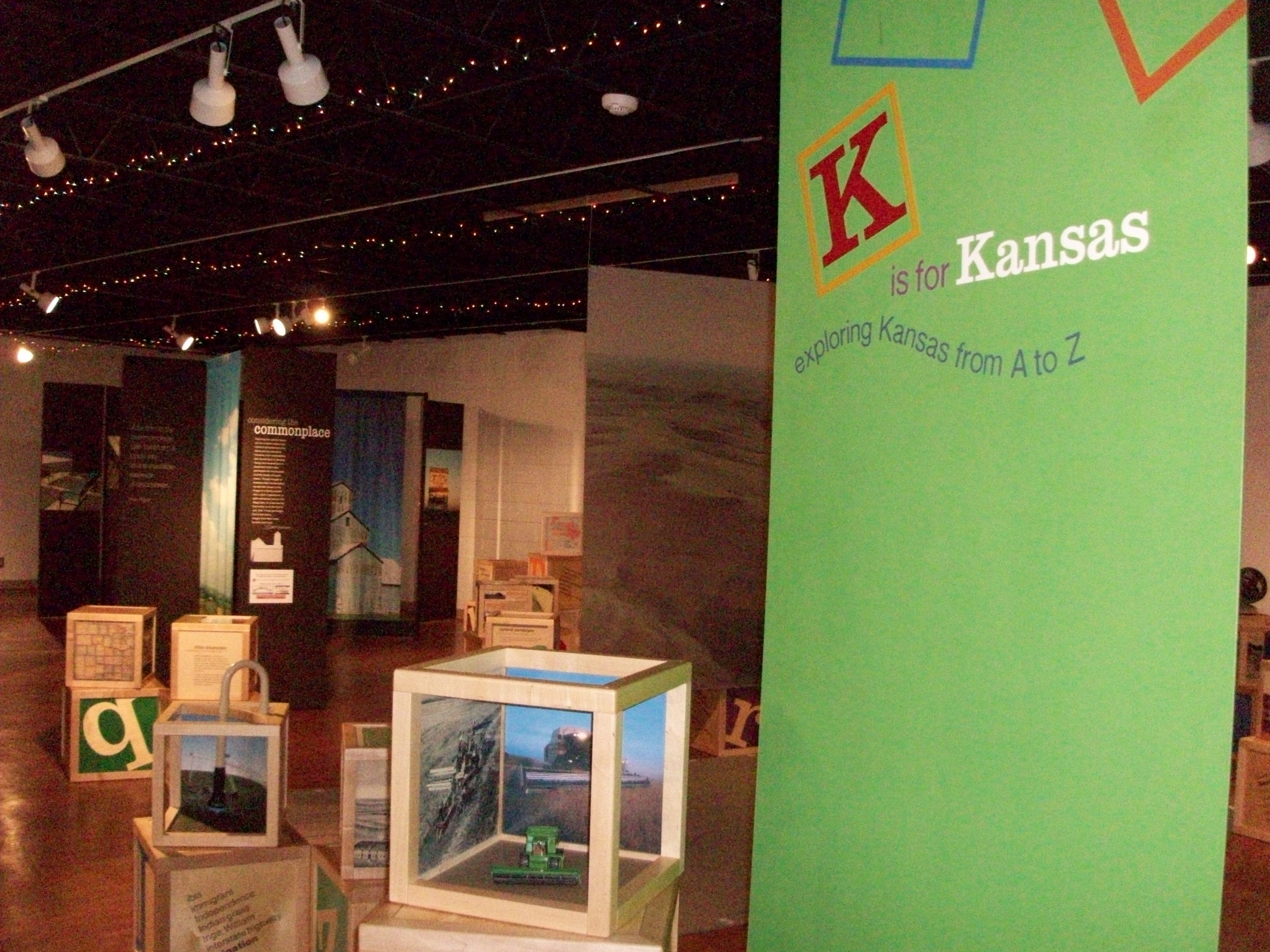 Now showing at the High Plains Museum are two traveling exhibits from the Kauffman Museum: “K is for Kansas” and “Considering the Commonplace”. 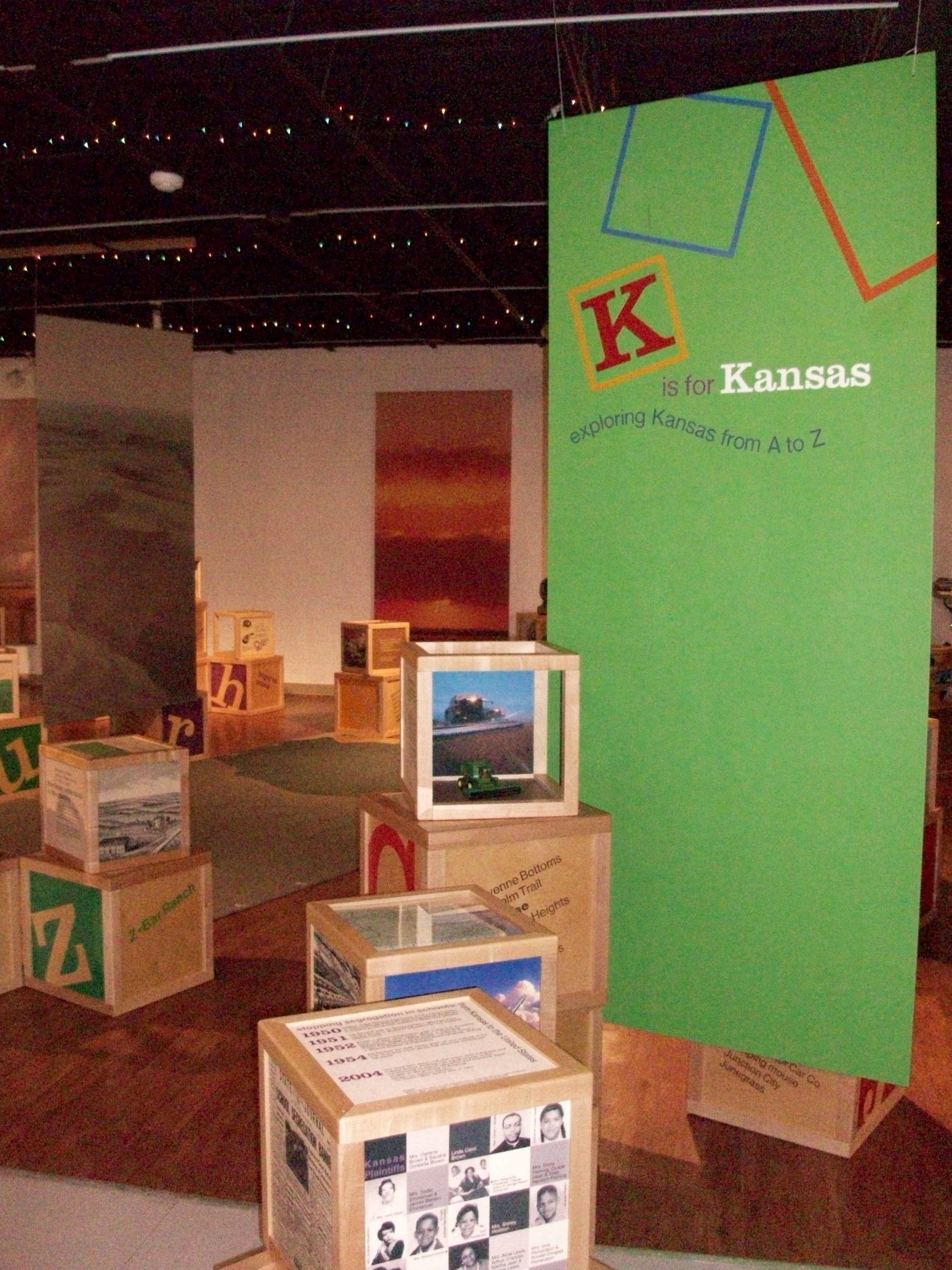 “K is for Kansas: Exploring Kansas from A to Z” features interactive enlarged children’s blocks that detail Kansas history and culture.

The Kansas alphabet includes the state symbols that all Kansas children study, but also fun and curious facts about the state, and stories which are often overlooked. The alphabet reflects who we are: 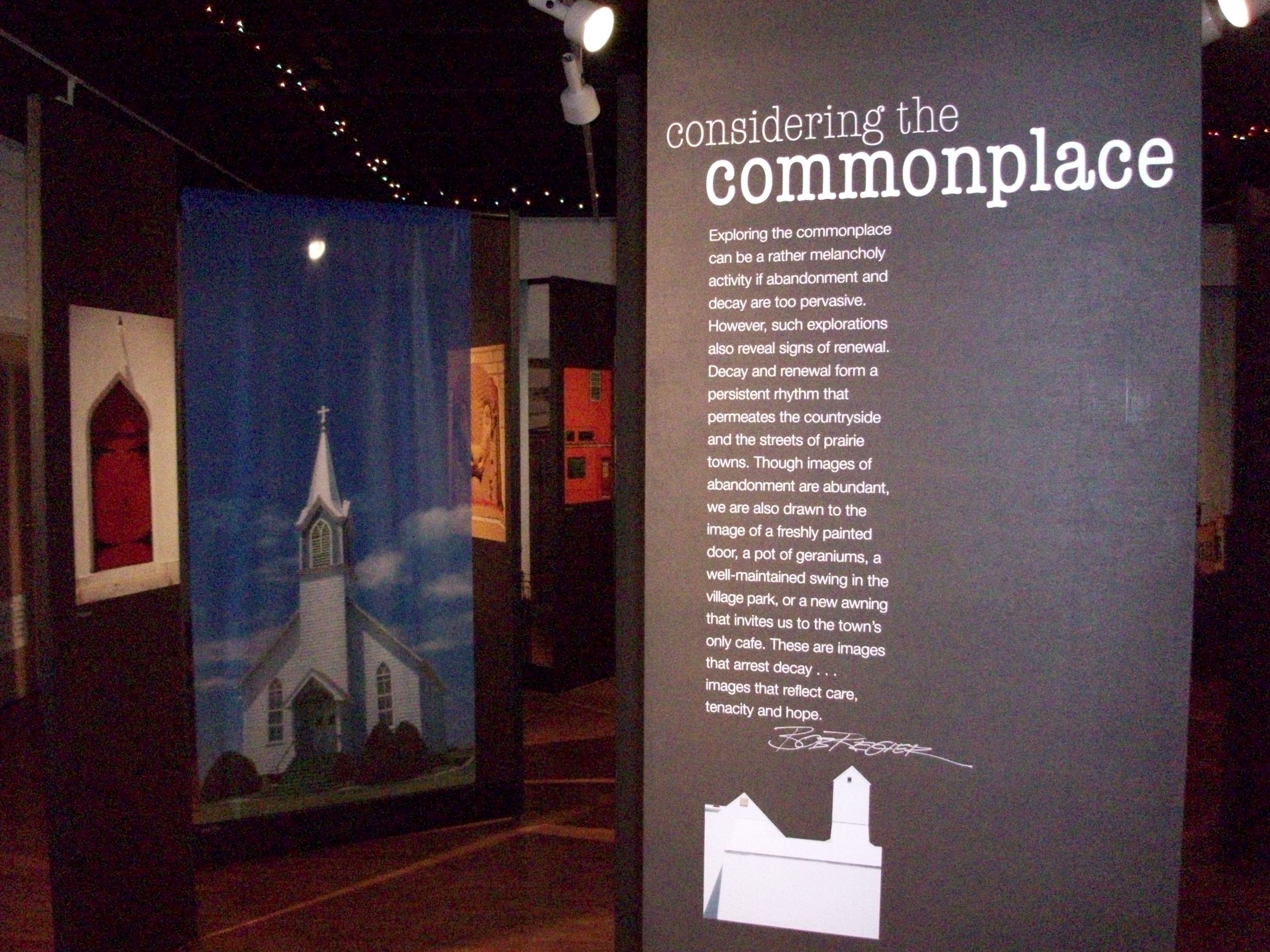 “Considering the Commonplace: prairie towns through the lens of Bob Regier” features the photography of Bob Regier.

For twenty years, artist/teacher Bob Regier of North Newton, Kansas has traveled the mainstreets and backroads of Kansas with his wife Vernette and friends. Regier travels with his camera, turning his eye to photograph the ordinary yet visually engaging patterns of the prairie and built environment. Featuring over sixty stark photographs of Kansas, the exhibit is organized around eight themes: elegance, entrances, light and shadow, locomotion, sacred space, sentinels, signs and lines, and windows and walls.

The exhibits will show from December 21, 2011 through March 2012. For more information and to schedule a tour contact the museum: 785-890-4595 or museumdir@goodlandks.us. This exhibit was made possible through major support by the City of Goodland and the High Plains Museum Endowment with additional support by: Olde Westport Spice, owners Bill & Judy Petersen; Garcia’s Home Furnishings & Appliance, owner John Garcia; and Mann’s Jewelry & Gifts/Smitty’s Sports, owners Deb & Gary Smith.

[…] find out more about Economic Development in Goodland check out the EcoDevo Site, or call Micheal Solomon at […]

[…] on display at the High Plains Museum is the fantastic “K is for Kansas” traveling exhibit from the Kauffman Museum in North Newton. Featured in the exhibit are enlarged […]

[…] to the calendar page to learn more about more of the special activities planned including: a work documentary film […]