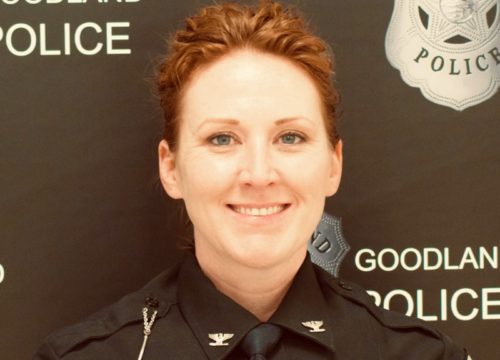 Leadership Kansas has a long history in the state and is among the oldest and most prestigious statewide leadership programs in the country. The program aims to be a catalyst for creating awareness of relevant statewide issues. The selection process aims to identify individuals who are already serving in leadership capacities around the state and inspire them to stay involved in civic engagement. Earning a seat in the program is competitive with hundreds of nominations received each year, with only 40 individuals ultimately selected.

Class members will have the opportunity to travel to communities across all corners of the state over the six-month long program. Upon graduating the program, class members will join the alumni network of over 1,300 distinguished Kansans including the likes of Bill Graves, Jerry Moran, David Dillon, and many others.

Chief Showalter, a graduate of Fort Hays State University, joined the City of Goodland as a patrol officer in 2005. Through her hard work and demonstrated leadership, Showalter was promoted first to Detective/Assistant Chief of Police in 2011 before ultimately being tasked with leading the Goodland Police Department as Chief of Police, a position she has held since 2015.

“It is an honor to have been given the opportunity to be a part of one of the oldest and most prestigious leadership programs in the country,” said Chief Showalter. “I am humbled as I receive letters and emails from alumni spanning across the state congratulating me. It is a testament to the impact that the program has had on so many before me.”