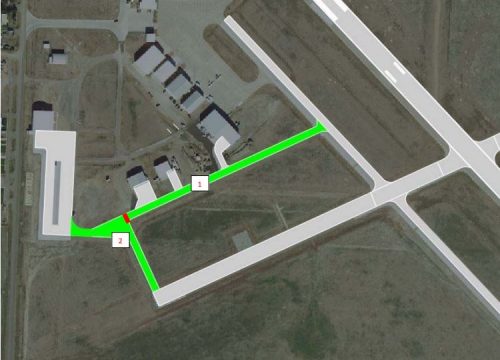 The City of Goodland has been awarded $310,612 through the Kansas Airport Improvement Program (KAIP) to make improvements to Goodland Municipal Airport-Renner Field.

The KAIP is a highly competitive grant, with 113 project applications totaling $27 million submitted this cycle. The KAIP selection board ultimately awarded $4.2 million of improvements in the state to address the top 15 percent of projects submitted. The City will use these funds to replace its Taxiway B with 6″ concrete paving. The project was identified as a major need by the Goodland Airport Board, City Commission, City staff and the City’s Airport Consultant, EBH Engineering.

The replacement of Taxiway B will join the reconstruction and lengthening of Runway 5/23 as major planned infrastructure improvements coming to Renner Field in the near future.