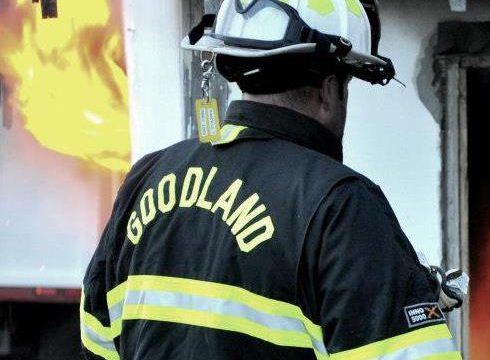 Effective April 1, 2020, the Goodland Fire Department will carry a Class 3 Public Protection Classification (PPC), an improvement from its previous ranking of Class 4. PPC, which is assessed through the Insurance Services Office (ISO), is important to both fire departments and the communities they serve, as communities whose PPC improves may get lower insurance prices.

“Thanks to the hard work of Fire Chief Brian James and the City of Goodland’s consistent investment in infrastructure and fire suppression, the Goodland Fire Department is set to join some elite company with its new Class 3 designation,” said City Manager Andrew Finzen.

According to 2017 ISO distribution data, fewer than 3,500 departments carry a Class 3 PPC out of the 43,000-plus fire departments rated in the United States. There are only around 1,500 departments in Class 2 and 300 in Class 1. A lower score on the ISO rating scale is better, with 1 being the best possible rating and 10 being the worst.

ISO is the leading supplier of data and analytics for the property/casualty insurance industry. Most insurers use PPC classifications for underwriting and calculating premiums for residential, commercial and industrial properties. However, each insurance company independently determines the premiums it charges its policyholders. The way an insurer uses ISO’s information on public fire protection may depend on several factors.

PPC also provides fire departments with a valuable benchmark, and is used by many departments as a valuable tool when planning, budgeting and justifying fire protection improvements.

“ISO appreciates the high level of cooperation extended by local officials during the entire PPC survey process,” said ISO Manager Alex Schubert in a letter to the City. “The classification is a direct result of the information gathered, and is dependent on the resource levels devoted to fire protection in existence at the time of survey.”