BE IT RESOLVED BY THE GOVERNING BODY OF THE CITY OF GOODLAND, KANSAS:

That a hearing will be held on the 19th day of February, 2019, before the governing body of the City at 5:00 p.m. MST or as soon thereafter as may be heard at 204 W. 11th St., Goodland, Kansas, at which the owner, his or her agent, any lien holders of record, any occupant and any other parties in interest, as that term is defined by law, of the structure located at:

may appear and show cause why such structure should not be condemned as an unsafe or dangerous structure and ordered repaired or demolished. This structure may also be referred to by its property address, 811 E. Hwy 24.

BE IT FURTHER RESOLVED that the City Clerk shall cause this resolution to be published two consecutive weeks in the official city paper and shall give notice of the aforesaid hearing in the manner provided by law.

PASSED AND ADOPTED this 7th day of January, 2019 by the Governing Body of the City of Goodland, Kansas. 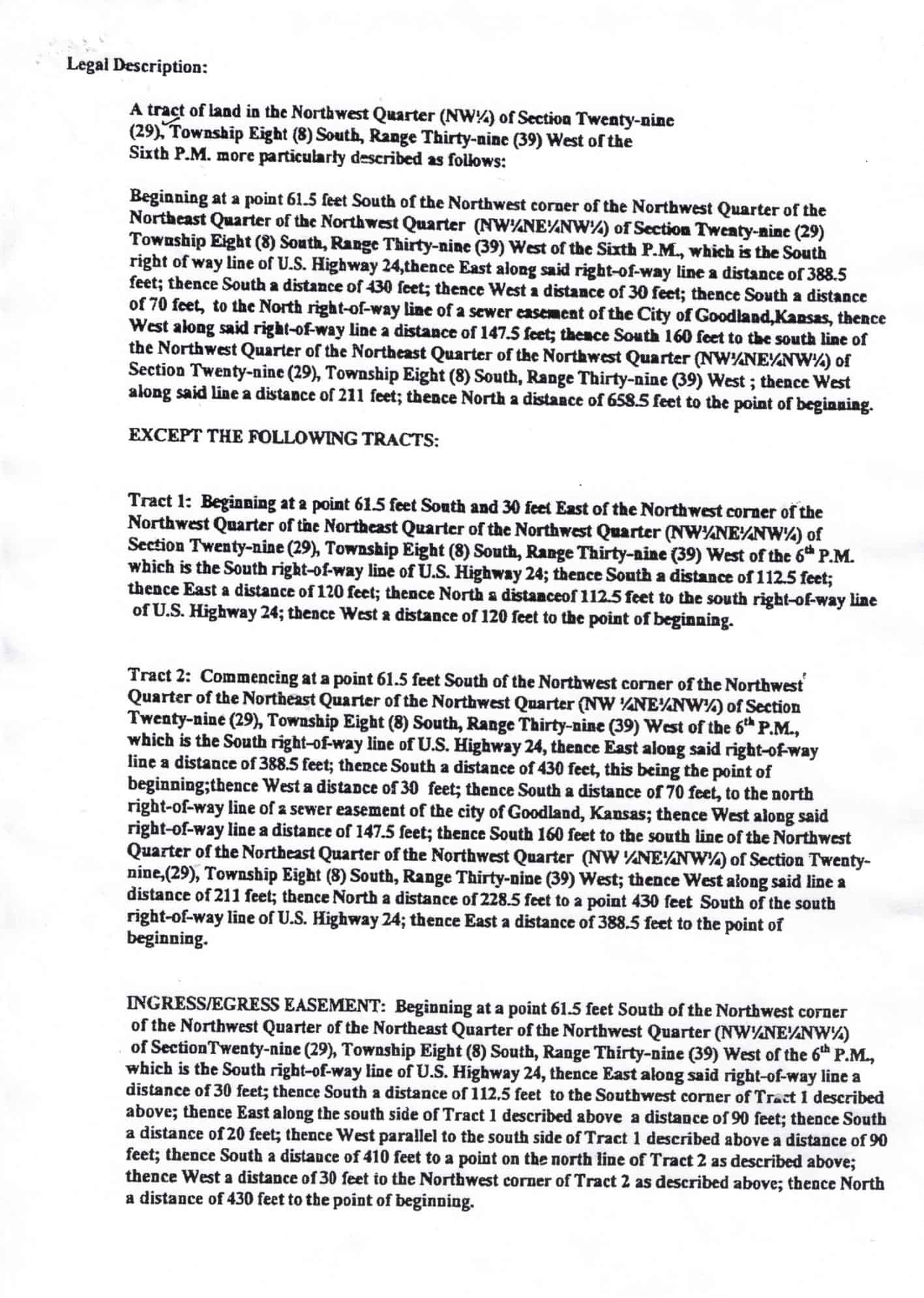