Reap the Rewards of History with Harvesting the High Plains

Reap the Rewards of History with Harvesting the High Plains

The boom years of the turn of the century catch up with America. Years of gluttony and living beyond our means now recoils a once proud Nation. Rocked in turmoil many don’t know when or where their next meal will come from. As the dark clouds of the economic depression settle over the country, another dark storm rages on the High Plains. 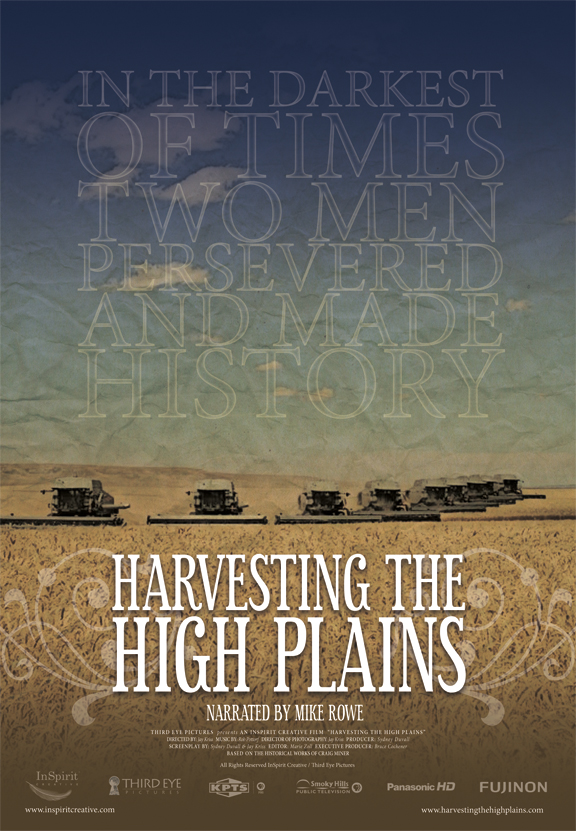 From the panhandle of Texas to western Nebraska another battle begins, with an even greater foe and one far less forgiving; nature. Rising out of the dust came two men Ray Garvey and John Kriss who believed that the land in western Kansas and eastern Colorado was fertile and capable of producing wheat. By partnering with the land they learned how to restore the broken plains, turning dust into fields of gold. All during a time when men needed more then just food, they needed hope.

Inspired by the historical works of H. Craig Miner and on the extensive correspondence between Garvey and Kriss the film brings to life their unwavering courage and perseverance to succeed no matter what the odds: Harvesting the High Plains.

Demonstrating that through hard work and common sense, farming on the high plains was possible under the most adverse conditions. Through their efforts GK Farms became one of the largest wheat operations on the plains and yielded Garvey and Kriss a record crop in 1947, a record to date remains. The film celebrates the “progressive” search for agricultural answers in the face of the dustbowl, changing the Great American Desert into the Breadbasket of the World.

Harvesting the High Plains is showing at the Sherman Theater April 27th at 1:30 with FREE ADMISSION. DVDs of the film are available at theater.